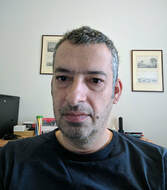 Eleftherios (Lefteris) Tournas received his Diploma Degree in Surveying Engineering in 1992 and his Ph.D Degree in Digital Photogrammetry in 2003, both from the National Technical University of Athens, Greece. Since 1992, he has been a GIS and Photogrammetry Consultant within the private industry. Specifically, from 1992 – 2001 he worked as a Technical Manager in Eratoshnenes SA, Athens, Greece, in GIS and Photogrammetric Projects, between 2001 – 2007, as a Military application developer for GIS, 3D graphics, machine vision projects, in SONAK SA, Markopoulo Attica, Greece, from 2007 to 2010 as a GIS Consultant, software developer in SingularLogic Integrator SA, Athens, Greece, and from 2010 to 2013 as a GIS Consultant, Digital Photogrammetry Expert in Hellenic Mapping & Cadastral Organization, Greece. He has also been a teaching assistant in photogrammetry at the School of Surveying Engineering in NTUA as well as at the Topographic School of the Hellenic Military Geographical Service. Eleftherios has been also worked as a GIS Consultant at the Ministry of Infrastructure, Transport and Networks of Greece (2015) and as an INSPIRE Data Consultant at The World Bank (2018). From 2017 he is a Teaching and Reaseach Associate at the Department of Civil Engineering and Geomatics of the Cyprus University of Technology. He has published over 15 articles in international scientific journals and Conference proceedings. He has been actively involved in many research and development projects funded either from Greek national bodies and the university. 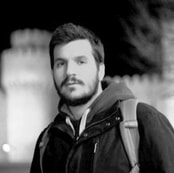 Panagiotis Agrafiotis is a researcher in the area of underwater 3D modelling and mapping in the Photogrammetric Vision Lab of the department of Civil Engineering and Geomatics in Cyprus University of Technology while he is cooperating with the Lab. of Photogrammetry and the ICCS of National Technical University of Athens. He holds a Diploma in Rural and Surveying Engineering and a M.Sc. in Geoinformatics, both from the National Technical University of Athens (NTUA). During his studies, he earned two D. Thomaidis Award from Thomaidis Foundation, one for his paper Documentation of a submerged monument using improved two media techniques (IEEE Computer Society), an ISPRS Foundation Travel Grant and a distinction for his Diploma Thesis entitled Development of two-media photogrammetric techniques for the geometric documentation of monuments. The last 4 years he worked in various research projects (5 EU funded and 7 GR funded) with the responsibility of applied Computer Vision algorithms design, Laser Scanning and Cameras Calibration as well as person detection and tracking for survivor localisation. Furthermore his research often deals with the creation of accurate 3D models through Structure From Motion, Structured Light and Laser Scanner techniques. Two-media (through water) and underwater photogrammetry are constantly within his intense interests. Recently he served as a reviewer for MDPI Sensors (ISSN 1424-8220; CODEN: SENSC9) Special Issue "Sensors and Techniques for 3D Object Modeling in Underwater Environments". He is currently the secretary of the ISPRS WG II/9: Underwater Data Acquisition and Processing

Marinos Vlachos is a researcher in the Photogrammetric Vision Lab. He holds an M.Sc. in Geomatics Engineering and Photogrammetry from University of Stuttgart. He also holds a bachelor’s degree in Surveying Engineering and Geomatics, from the Cyprus University of Technology. During his studies he earned a distinction for his Diploma Thesis entitled “Dense Image Matching for High Precision Digital Surface Model Accuracy through UAV flight patterns”, and published a paper entitled “Investigating Influence of Unmanned Aerial Vehicle Flight Patterns in Multi-Stereo View DSM Accuracy” that was presented in the SPIE Optical Metrology 2015 conference in Munich Germany. Currently he is working on his Master Thesis as he completes his studies at University of Stuttgart. Furthermore, his research often deals with the creation of accurate 3D models through Structure from Motion both from aerial and underwater imagery as well as the integration of various cameras (RGB and MS) with UAV platforms. 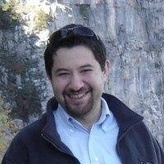 Dr. Elias Frentzos, received his Diploma (1997) in Civil Engineering and MSc (2002) in Geoinformatics, both from the National Technical University of Athens, Greece. He also holds a PhD from the Department of Informatics of the University of Piraeus (UniPi), where he has also conducted his postdoc research being a scholar of the Greek State’s Scholarships Foundation. He has participated in several national and European research projects. He has published more than 25 papers with more than 700 citations, in scientific journals such as KAIS, Geoinformatica, and IEEE Transactions on Knowledge and Data Engineering (TKDE), and in conferences such as ACM SIGMOD and IEEE ICDE. He has been awarded by IEEE with the best application paper award in ICDM 2009 for the paper “Clustering Trajectories of Moving Objects in an Uncertain World”. He has served as a reviewer for ACM TODS, IEEE TKDE, VLDBJ and other scientific journals. Currently he is an associate of the Cyprus Technical University (CUT) and UniPi. He is the founder of Geonoesis, a Greek SME involved in the field of Software development, Geographic Information Systems and other engineering services. He has developed several commercial GIS-based applications, and participated as technical manager in several GIS projects, including, the project of the Hellenic Cadastral, and the project “Networks GIS” for the Hellenic Telecommunications Organization. His research interests include spatial and spatio-temporal databases, location-based services and geographical information systems. Dr. Frentzos is currently an external collaborator of the Lab.

Eleni has granted a MEng at Geospatial Environmental Information Management and MSc at Environmental Systems Engineering from UCL, in 2009 and 2010 respectively. Her MSc dissertation project was titled "Oprimising Hydro-economic Systems: Application to California’s Sacramento Valley”. She is most interested in the use of Geographical Information Systems (G.I.S) and remote sensing techniques for solving water resource management problems
Since June 2011 is a PhD candidate in CUT. Her research focuses on automated drainage network extraction and how can this have an impact in flood risk mapping, using tools such as GIS (SWAT/Hydrogeios) and UAV mapping.

Andreas is an Environmental Scientist with M.Sc. in Applied Geo-Informatics and risk management from the University of Aegean. He is most interested on object–oriented programming, use of remote sensing and spatial analysis tools to handle environmental issues. He has also been involved in thematic cartography, geographic information systems and satellite data analysis.

Vasileios Vamvakousis is a research fellow and member of the photogrammetry laboratory of Cyprus University of Technology under the supervision of Lecture Dimitrios Skarlatos. He received a bachelor degree from the Department of Environment of University of Aegean in Greece. During his undergraduate studies he was a member of the Remote Sensing Laboratory of the University. In his thesis with title: Mapping & Hydrological Study of Thira (Santorini) island, he worked extensively with mapping systems and DB.
Currently, he holds a position as a Research assistant in Department of Civil Engineering and Geomatics in Cyprus University of Technology under “HawkEye” project, which is carried out in collaboration with AHK. His research interests are in the area of Geographic Information Systems (GIS), remote sensing, UAVs, satellite images editing and DB development.
After leaving the Lab, he founded his own company and he is representative of UAV and drones in Cyprus and Greece. He also provides services for aerial mapping, photography, videography, etc.

Valia has received her Surveying Dipl. Eng. from National Technical University of Athens. Her diploma thesis was titled "Point cloud registration using homologous photographs". She is currently working on point cloud creation using computer vision, videometry, photogrammetry, and laser scanning, as well as comparison of such techniques.
kiparissi.stavroula [at] yahoo.com

After leaving the Photogrammetric Vision Lab, she joined R&D department in GeoAnalysis S.A and later on Acropolis Restoration Service