_The article 8 of the Convention on International Civil Aviation, about the Pilotless aircraft says : 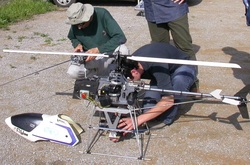 RF Heli & Rollei Metric 6006 film camera.
This is a long live, continuing task, which began with D. Skarlatos participation in “Use of photogrammetry in precise measurement and design of glass and aluminum coatings for the outer surface of high buildings and special constructions” research project (PAVE Α 1994), under Geoanalysis S.A. Significant experience has been gained through research projects (please see publication list), which lead in some commercial projects, such as the ancient Dion site. 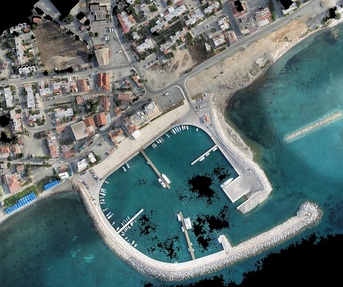 Orthophoto over Zygi with 0.07m pixel size (© D. Skarlatos, CUT 2012)
Following the lectures regarding modern UAV's mapping abilities, DLS asked for a demo project which took place over Zygi's new marina. According to DLS specifications, pixel size of the original photography was set at 8cm, and lateral overlap 70%. Flight height was automatically set at 219m. 48 photographs were taken with the SwingletCam UAV, which were then given to DLS for further photogrammetric processing.

For internal use and further checking, control points were collected using a handheld GPS, and post-processed to 0.5m accuracy. These points were used for DEM and orthophoto generation. Resulting orthophoto with 0.075m pixel size (here reduced to 0.6m) was created within 3 hours and approximately 0.4m georeferencing accuracy using the aforementioned, low quality, control points. Internal accuracy should be much better, approximately equal to original pixel size. 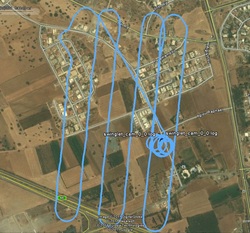 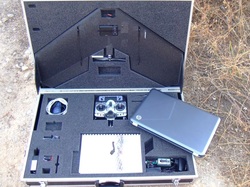 Test flight over Marousi with Swinglet. Although this was a test flight, some images from the data set were processed to produce a dense color point cloud as a proof of concept.
Processing has been done with open source tools, including aerial triangulation and dense full 3D color point generation (1.1M points) using multi-image matching. Results are impressive. Common discontinuity among neighboring 'stereo pairs', when processing with 'traditional' photogrammetric s/w is complete absent.
Ortho imagery was created directly from dense point cloud (using only relative scale as control points were not available) using in house s/w. The result lacks the crispiness of standard ortho products, but it is a 'real' ortho in the sense that vertical facets (walls) are not imaged.

Swiglet and photography was provided by JGC. 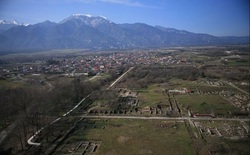 Probably the larger archaeological site in Greece. RF digital aerial imagery (EOS D5) was used with 'conventional' photogrammetric software to produce large scale (1:50) orthophoto mosaics for use in a complete GIS over the whole site. More info in http://ancientdion.org/  and images in the bottom of this page. 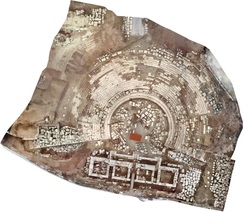 DS @ Geoanalysis 2001
A Rollei Matric 6006 film camera on an RF heli, was used to capture photos over the site. All processing has been done using edge (at the time) photogrammetric software. Bulk stereoplotting has been done for breaklines in order to ensure correct geometry in orthophotos over large vertical wall and various DTM discontinuities. In cooperation with GeoAnalysis S.A 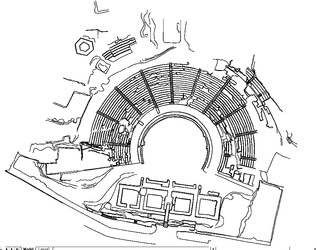 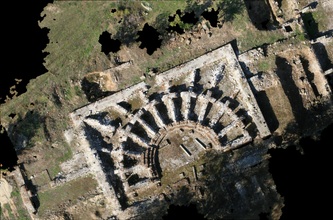 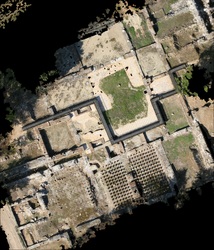 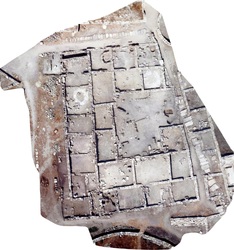 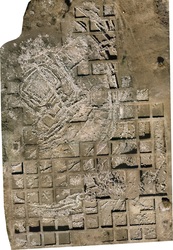 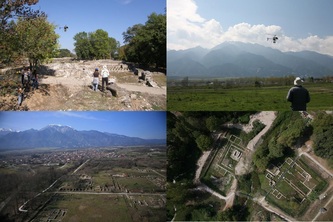 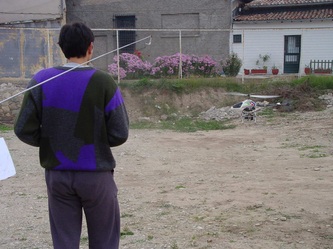