The use of UAV for direct orthophoto generation from color point clouds over archaeological sites. 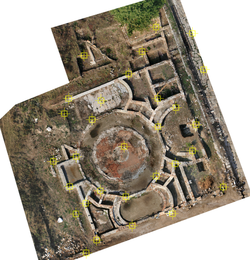 During the last five years, laser scanners have matured enough and are now able to produce huge data sets with color point clouds. Recently, combined photogrammetric techniques with computer vision algorithms, proved that it is also possible to generate dense colored point cloud datasets, as well. Exploiting the full extent of such combined technique, one may create a point cloud with one point for every pixel on every photos, hence creating a very dense point cloud. The standard orthophoto generation process requires the creation of a surface mesh from the point cloud as an intermediate step. The creation of a surface mesh from such large and full 3D data sets, is not trivial as it requires manual corrections in undercuts and complex shapes. Given a full 3D mesh the orthorectification algorithm should also take into account double imaging effects in order to avoid them. Following the orthophoto generation, mosaicing and gap filling from adjacent photos must be carried out, along with manual treatment in steep edges where smudges appear.

Given that the density of such point clouds sometimes equals or exceeds the pixel density in orthophotos, this paper suggests a very simple fast and automated method to produce real orthophotos directly from color point clouds, without the need to create a mesh surface. The algorithm directly reads the points from the point cloud and transfer their color value on the equivalent pixel in the orthophoto, while it also keeps the elevation. If a following point on the point cloud should be projected on an already assigned orthophoto pixel, the color of it may only be recorded if it has a higher elevation value of the previous one. Using this simple projection technique, undercuts and vertical surfaces do not need any special treatment. In addition the proposed method overcomes all additional steps following the orthophoto creation as it directly reads the whole point cloud and creates the final orthophoto in a single step. The downside of the proposed method is that any noise in the original point cloud is directly transferred to the orthophoto, creating speckle noise.

In order to test the proposed method, twelve photos from a UAV helicopter flying over the archaeological site of Dion in Greece, were used to create three orthophotos with 0.02m ground pixel size. The first one was created using traditional photogrammetric processing with Erdas' LPS software and tedious manual image retouch. Following a manual aerial triangulation, software collects a 2.5D digital elevation model based on stereo image matching. The final orthophotomosaic is of high photographic quality, at the expense of accuracy as smudged areas and double imaging effects had to be treated. The second orthophotomosaic was automatically created using Agosift's Photoscan, a combination of photogrammetric and computer vision software. This software uses an equivalent SIFT algorithm to perform the bundle adjustment and multi image matching for a full 3D model creation. At the same time a surface mesh is generated and used for real orthophoto generation. As a result of the surface generation, artifacts are still visible at the edges of vertical walls. Overall the fully automated process creates a high quality seamless mosaic, reducing vertical edges and artifacts over them. Finally the proposed method has been applied on a dense point cloud created from Bunder and PMVS, open source software. Ground collected data with theodolite have been used as ground truth to compare the aforementioned orthophotos' accuracy. In total, 30 points have been selected as check points for the comparison. The lower quality of the orthophoto created with the proposed method, has been taken into account within this process as the operator must recognize the check points prior to measurement. Therefore points that could not be easily recognized are prone to erroneous measurements. Results favor the overall accuracy of the proposed method, but improvements to tackle the noise problems are necessary.

Acknowledgments.
Authors would like to thank Cyprus University of Technology for the starting research grant titled "Videometry from mobile platforms" ("More Information").
Authors would also like to thank D. Pandermalis, Professor Emeritus of Classical Archaeology, AUTH & Director of the University Excavations at Dion; S. Pingiatoglou, Professor of Classical Archaeology AUTH; E. Poulaki-Pandermali, Head of the 27th Ephorate of Prehistoric & Classical Antiquities; the Directorate of the National Archive of Monuments. Images were acquired under the Project "Mapping, Documentation and Promotion of the Archaeological Park of Dion using Digital Methods" which was co-funded 80%-20% by the European Fund of Regional Growth and National Resources, respectively. 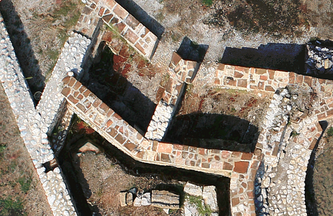 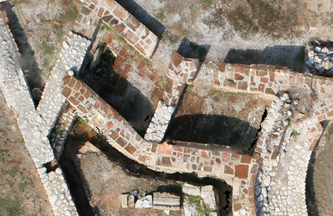 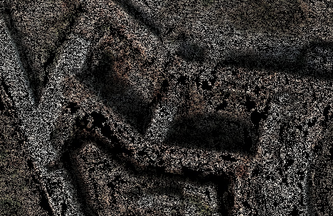 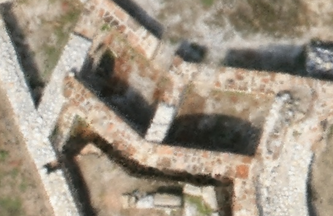 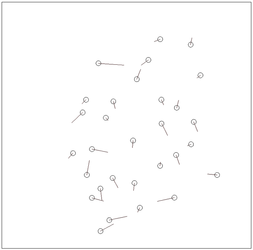 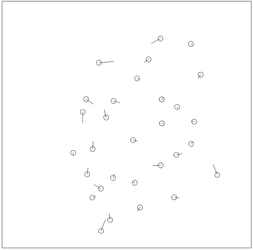 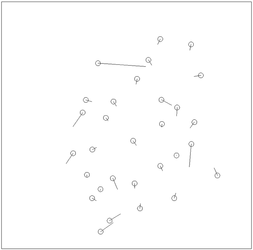